Miguel Pupo grew up on São Paulo’s North Coast, just five minutes from Gabriel’s Medina’s house. The pair grew up together as friends and rivals always pushing each other’s surfing. A second-generation professional surfer Miggy, as he is known, benefited from both the strategic wisdom and handcrafted surfboards handed to him by his father Wagner. And, in true family style, his younger brother Sammy is now nipping at his heals contributing to the Pupo family legacy.

Miguel joined the Championship Tour in 2011 alongside Gabriel Medina and was a crucial personality in that generation of Brazilians that changed surfing. Many credited Miguel with owning the smoothest style of all the Brazilian Storm where he blended smooth carves with lofty tail high aerials. While his whipping backhand is his moneymaker, Miguel’s silky forehand barrel-style has also impressed at heavy waves like Pipeline and Cloudbreak. However, after seven consecutive years on the CT Pupo failed to qualify for the 2017 CT. With typical determination however, Puop double-downed on his already high-level commitment to the sport and aided by a QS10000 win in Pantin fought back to secure his qualification for the 2020 season. 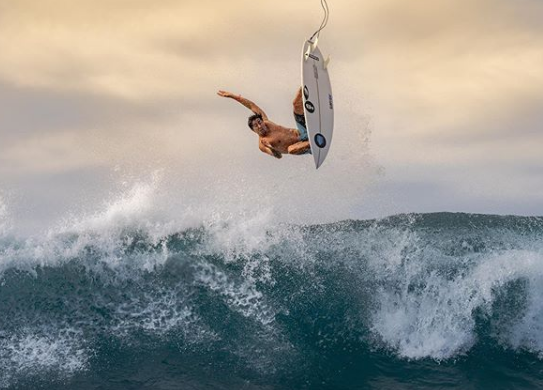