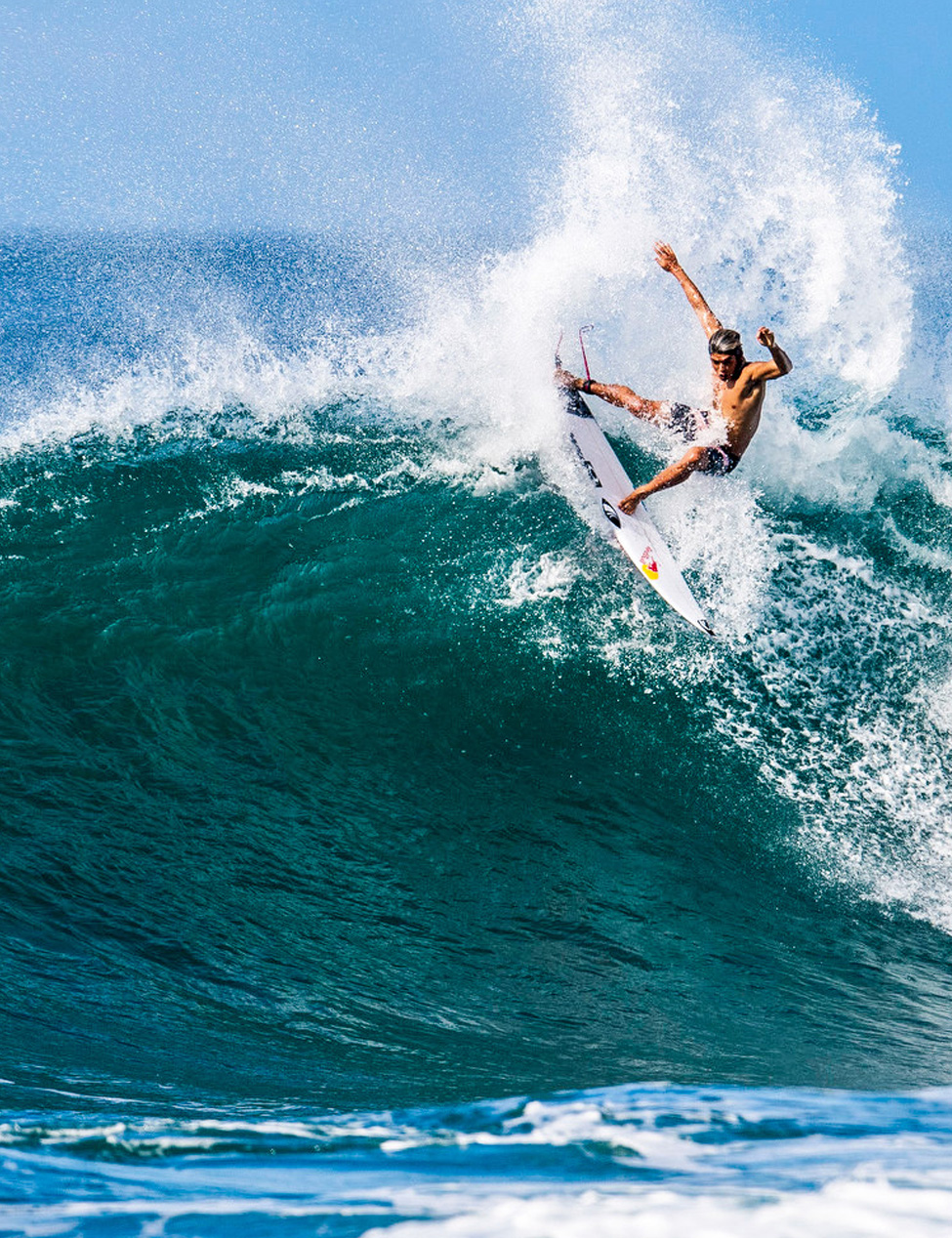 Kanoa Igarashi was born to be a pro surfer. His father Tsutomu “Tom” grew up surfing in Japan as a huge fan of the sport. When Tom and his wife Misa found on Kanoa was on the way, they up and moved to California with the singular goal of giving Kanoa a shot at his dad’s dream. Speaking very little English, they moved to Huntington Beach, California, which is globally known as Surf City USA. While they struggled to make ends meet, they began pushing Kanoa into waves at age three. Their tireless sacrifice paid off. Kanoa became a top ranked amateur, and qualified for the Tour in 2015. At the age of 18, he was the youngest rookie on Tour in 2016, but he raised eyebrows with the maturity of his approach. He collected more Round One wins than any surfer on Tour that year (he didn’t lose a single time before Round Three) and he shocked everyone with his remarkable runner-up finish at Pipeline. All the while, Igarashi hedged his bets on the Qualifying Series. He nabbed wins at the Hang Loose Pro and Pantin Classic in 2016, and in 2017 he took an emotional victory lap at the US Open of Surfing at his home break in Huntington Beach. He’s double qualified (requalifying throught the CT and QS) for two straight seasons and all signs point to him getting more dangerous with time. This year, Igarashi, who holds dual citizenship, is proudly representing Japan on the global stage, as he looks to surf for them during the 2020 Olympics in Tokyo. He’s already a household name there, having starred in a reality TV show since the age of 11. Japanese TV have been following him while on Tour, and he’s gaining fame in China, Taiwan and Korea.