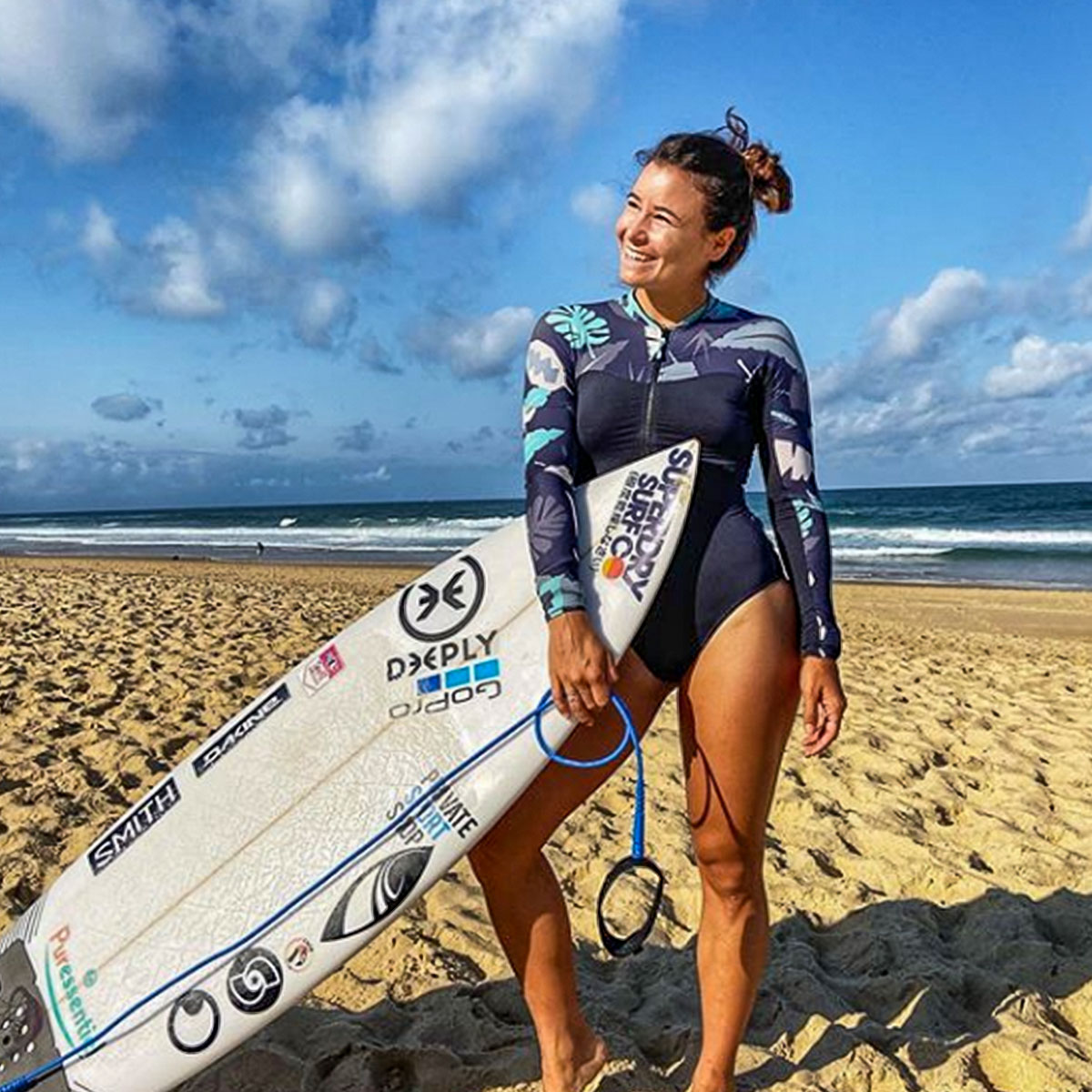 Johanne Defay remains an unheralded hero of the women’s Championship Tour, but with her provisional qualification to represent France at the Tokyo 2020 Summer Olympic Games, that could all soon change.

Since joining the elite ranks in 2014 she’s been a leading crusader in the push for more progressive surfing. While her big Championship Tour victories at the Vans US Open in 2015, Fiji in 2016 and the Uluwatu CT in 2018 speak volumes to her threat level, her larger influence on the rest of the women’s field comes in the form of single explosive moves, like the inverted nose-pick reverse she pulled at the Roxy Pro in 2016.

Defay is dangerous in any condition thanks to her big bag of tricks and her mastery of surfing’s figure-eight fundamentals. She formulated her style at home on Reunion Island, a tiny green speck in the middle of the Indian Ocean between Madagascar and Mauritius. Her path to the pros, however, went through her birthplace in France, where she led her country to its first World Amateur Title.

Her road through the Qualifying Series was tougher. Sponsors were in short supply at the time, but Johanne’s family and fellow Reunion Island surfer Jeremy Flores, a longtime believer in her, kept her going. She finally made the grade in 2013, after three long years of grinding on the QS. While she certainly had down moments, Johanne’s sunny disposition has never wavered.

Defay won the Qualifying Series in 2017 after taking two wins and has finished in the Top 10 every year on the Championship Tour since qualifying. Her No. 5 finishes in 2016 and 2018 are proof she has the tools to make a Title run.